New Zealand MPs have introduced the most extreme abortion law in the world after the Abortion Legislation Bill passed its third reading in Parliament.

The bill passed by 68 votes to 51 – a much narrower margin than at the first and second reading.

The new law will mean that New Zealand has the most extreme abortion law in the world, this will include:

Jacinda Ardern. If you do research on her you realize she has great contempt for Christianity and is an atheist, though she likes to keep that silent about her atheism but you can see it in her actions. Others are also responsible of course, not just her. Kiwis are culturally easily to influence and the WEF forum of politics have greatly affected their minds. Most Kiwis have a passion for nature but that fear of climate change has bamboozled them because they actually believe in that propaganda and want to help because generally they are nice people. I just hate it when people take advantage of people's kind-heartedness and that's exactly what's happening in NZ.

New Zealand isn't far off from the Chinese orphanages from the 90's & before. Next they'll introduce they "dying rooms" (yes that was real in China a few decades ago).

Here's a documentary on how bad it was.

Abortion at birth?! They are literally killing babies now. But ask yourself: What kind of "mother" would do this?

Satanic barbarians are at the gate.

kirmmy said:
Abortion at birth?! They are literally killing babies now. But ask yourself: What kind of "mother" would do this?

Satanic barbarians are at the gate.
Click to expand...

Got to keep the loosh production going in order to keep the demons fed.
Last edited: Aug 6, 2022


CANADIAN CHILDREN ARE INDOCTRINATED ABOUT THE WONDERS OF EUTHANASIA​ 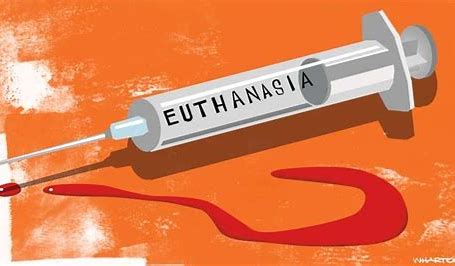 Canadian Children Are Indoctrinated About the Wonders of Euthanasia

In Canada, children are being taught about the wonders of selective life ending. This from americanthinker.com, Using simple language, children are walked through the peaceful, painless process: First, the person is made to relax, then the person

Canadian children are indoctrinated about the wonders of euthanasia

Kurt Vonnegut’s Welcome to the Monkey House is a collection of 25 short stories, many reflecting Vonnegut’s 1960s belief that the earth was becoming dangerously overpopulated. The eponymous short story anchoring the book imagines America ...

PJ54 said:
Got to keep the looshe production going in order to keep the demons fed.
Click to expand...