Everything about Covid is a lie-The Summary

Jah-son said:
I appreciate you comments and point of view. Thanks for your expressions. I appreciate hearing a rebuttal because it causes me to reexamine my own thought process. The nice thing about this forum is that we are actually allowed to discuss and even disagree on matters. We aren't forced into a fake "Youuunitee" That's how we ultimately come to understand "truth" and grow in our understanding and human experience, by being challenged.
Science should be, and used to be, a method of discovery, not religious dogma. With that in mind, I should rather say that these ideas are my current leanings on the matter, rather than a dogmatic statement of truth. My wife is working with me on this flaw in my pattern of speech and thought.
With that being said, I can understand why you would be offended with the statement about it being a religion. I think the reason Dr Lanka is making the statement is that due to the fact that there is no real proof of viruses causing disease in his opinion and research, and that in his observation, what they are calling viruses have not been proven to exist, the concept would therefore be based on faith (religious belief). Maybe you already made that connection.
Before the planedemic, to my knowledge, it was taught that viruses are non living organisms, hence the reason antibiotics have no affect against viruses. So the whole viral replication and "intelligent" mutation into variants, made absolutely no logical sense to me. How can a non living thing replicate and attempt evasive maneuvers by mutating? Expecting me to swallow THAT is offensive. No other non living thing has ever replicated itself or displays intelligence to my knowledge (sounds like a Satanic lie to me). But because we can't see it (due to its size), we are expected to trust the "high priests" of science and their dogmatic assumptions of absolute truth on the matter.
Without going deep into the subject, that was my initial leap into investing and being open to other possibilities than those taught to me by the religion of "science".
Similar to religious beliefs, when we are raised believing and viewing the world a certain way, it can be difficult to open oneself to other possibilities. As my grandmother used to tell me when I would try to share bible truth with her, I was born a Catholic and I'm going to die a Catholic! And she sure as heck did. Even though she read the Bible daily, prayed and had what I perceived as great faith. But faith in "what" and based on what is the question?
I think it's also in this sense that Lanka is calling virus theory a religious belief. People cling to it because that's what they were taught to believe and that's what everyone else whom they know believes.
I'm not offended if people want to wrap themselves in plastic and slather in sanitizer because they are afraid of a non living, microscopic genetic particle that they believe is intelligent enough to mutate in order to resist the latest vaccine. But I cannot deny that what we have been led to believe and act on as a result (obsessive cleansing rituals, masking, almost worshipful acquiescence to authorities, obsessive fear, injections of magical potions, ect) all based on an unseen, undetectable evil entity, very much resembles a religious cult.
I realize that not everyone takes it to that extreme.
If your view is different than mine, that's ok. I'm fine with that as long as your belief doesn't infringe on my freedoms and worship. In your case, know they don't because you are reasonable enough to be here disgusted with the overreaction.
To address the gain of function angle, I don't deny that something toxic is affecting people. But the whole gain of function story is really just another "faith" movement. Is it credible? Can it be verified? There are innumerable environmental toxins, or flat out poisons, many undetectable or at least unseen (i.e. radiation, fungi, certain forms of bacteria), that can have similar effects on people that we could entitle gain of function "covid". We already know that the few ingredients which have been made known this far in the injection concoctions are highly toxic (SM103, polyethylene glycol, lipid nanoparticles, etc.) It's been shown repeatedly and I have proof that the deadly "virus" didn't arrive in most countries until shortly after the injection rollout. My belief from the beginning of all this is that the "virus" and almost every modern epidemic is actually induced by the very Pharmaceutical industry that claims to be fighting disease. Is is really that difficult to believe that the Rockefeller created modern Pharmaceutical industry would be capable of such a thing? It makes perfect sense to me and stinks of demonic direction. All built on a lie, ultimately blaming nature (Jehovah). BTW, I feel the same way about the entire man made global warming / climate change religion...inspired of demons. But that's just a conspiracy theory. I could be wrong. And that's ok.
Click to expand...

Many things we agree on and some we don’t but you’re correct in that in my world there is room for disagreement and appreciation of the thinking of others. We are not clones and I wouldn’t want to live in an echo chamber. There actually is debate as to whether viruses are living or not. That said there are photos of actual viruses available for viewing on the internet using an electron microscope or something similar. I’ve had some interest over the years in hemmorhagic viruses such as Ebola, Marburg, Lassa fever, etc.
A 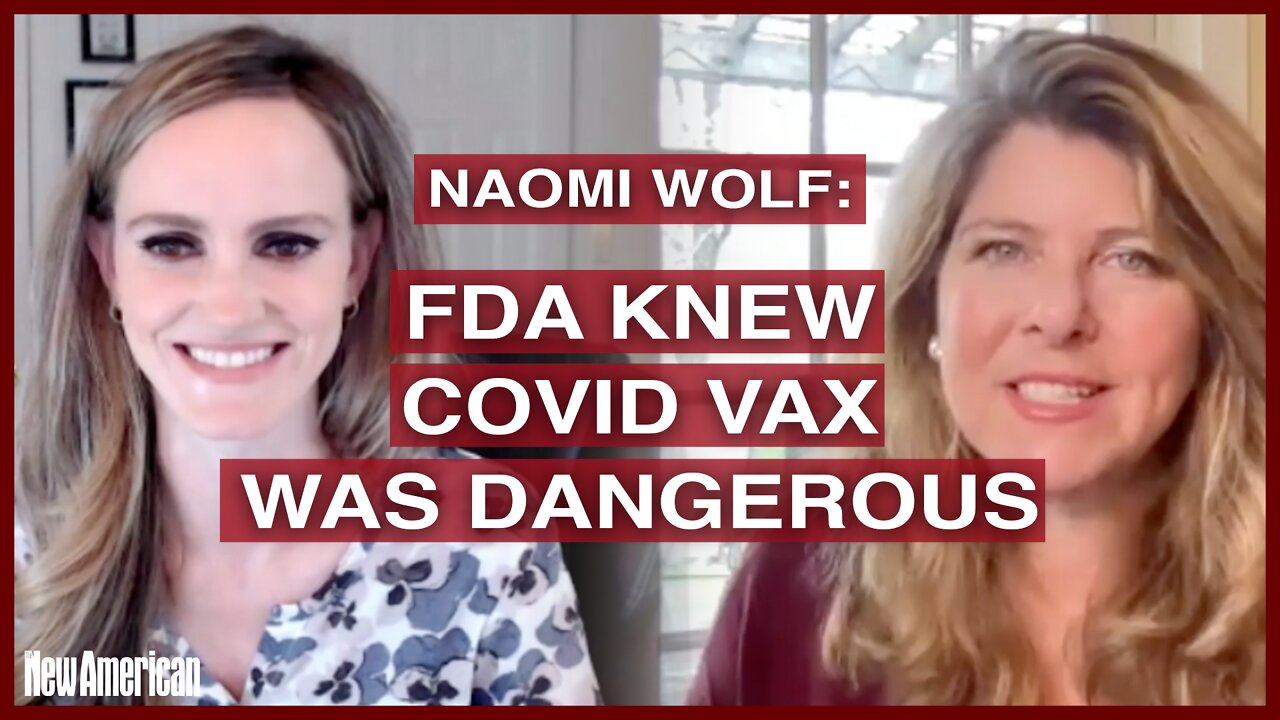 The FDA Knew The Jab Was Dangerous and a Failure: The Pfizer Documents With Dr. Naomi Wolf [VIDEO INTERVIEW]

Dr. Naomi Wolf and her team of 2,500 volunteers specializing in medicine, medical fraud, biology, and law, are analyzing tens of thousands of pages of

Driven said:
Many things we agree on and some we don’t but you’re correct in that in my world there is room for disagreement and appreciation of the thinking of others. We are not clones and I wouldn’t want to live in an echo chamber. There actually is debate as to whether viruses are living or not. That said there are photos of actual viruses available for viewing on the internet using an electron microscope or something similar. I’ve had some interest over the years in hemmorhagic viruses such as Ebola, Marburg, Lassa fever, etc.
Click to expand...

The other thing to consider is that anti-parasitics seem to provide cures to many viruses that otherwise should not have responded at all. Beyond ivermectin and hydroxychloroquine there is anecdotal information regarding stage 4 cancer cures with fenbendazole (Panacure C dog dewormer). We just don't really know what we are dealing with - but I am glad some are willing to go out there and look.

Staff member
6 MILLION DEATHS FROM COVID!!! So says the UN's WHO, the WT's most trusted source of information in the entire world!!!

Probably, half of those were murdered with intubation and remdesivir.
A Pfizer CEO Says it’s their dream to Reduce the Population by 50 percent in 2023.

Pfizer CEO Says it’s their dream to Reduce the Population by 50 percent in 2023.

He said it. His English is choppy but he knew what he said. Regardless of the general conversation, he said those words and the audience applauded.

And now they can blame all the vaccine effects on “post Covid syndrome”. And the public will drink it up with all the other koolaide they are drunk on. Never ends.

Driven said:
OMG. My mind is boggled.
Click to expand...

See what I mean? His Engrich is excellent so he understood the import of his word choice. He said the quiet part out loud which makes me wonder, are they just laughing at us now?

Driven said:
OMG. My mind is boggled.
Click to expand...

This is as it turns out an edited video. I really hate when people do this, because these people really are James Bond villains and don't need someone editing there videos to make them look worse. Here is the video, start it at the 2:40 mark to hear what he actually says.

Nomex said:
This is as it turns out an edited video. I really hate when people do this, because these people really are James Bond villains and don't need someone editing there videos to make them look worse. Here is the video, start it at the 2:40 mark to hear what he actually says.

Wow. I fell for it. Thank you Nomex for clearing that up. Thankfully I didn’t repeat it.

Here's I'll clear it up even more, because what they really want is much worse. they play these word games on purpose- theyre doing this on purpose to confuse and terrify people.

we already know they mean it. And they will succeed but only for a short time, as we know, then it’s game over for these ghouls.

Nomex said:
This is as it turns out an edited video. I really hate when people do this, because these people really are James Bond villains and don't need someone editing there videos to make them look worse. Here is the video, start it at the 2:40 mark to hear what he actually says.

edited or not- this Pfizer ghoul chose these specific words on purpose- they serve as a sort of sigil to telegraph their true intentions, then they insert plausible deniability and qualifiers. They’re playing games and enjoying it.

i hope they enjoy their 15 minutes cause that’s all they’re ever going to get.

watched it again. hahaha what a joke. these smug ghouls sitting there pretending to care- there were many ways he could have said whatever jumbled nonsense he said. But he said it in a very certain, specific way to send the message he wanted to send and the message was received. no question.

just so we don’t lose sight of reality: 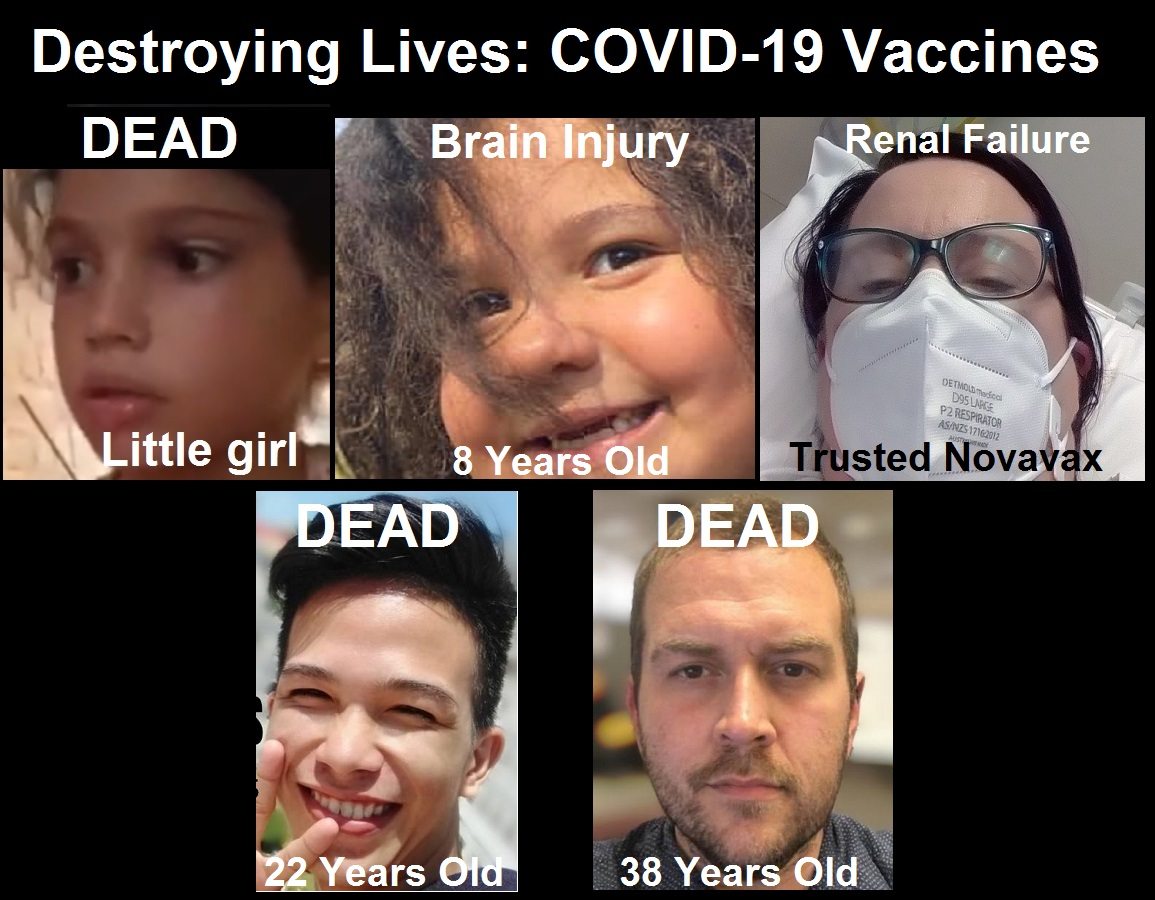 The European (EEA and non-EEA countries) database of suspected drug reaction reports is EudraVigilance, verified by the European Medicines Agency (EMA), and they are now reporting 44,821 fatalities, and 4,351,483 injuries following injections of five experimental COVID-19 shots. From the total...

Posted the best Trudeau supercut of 2022 below this msg.
P

Daddy Fidel and Uncle Klaus will be proud of little Justy

This is a very interesting description of what is happening around the world and it’s much bigger than COVID. It’s about 10 minutes of Dr. McCullough. 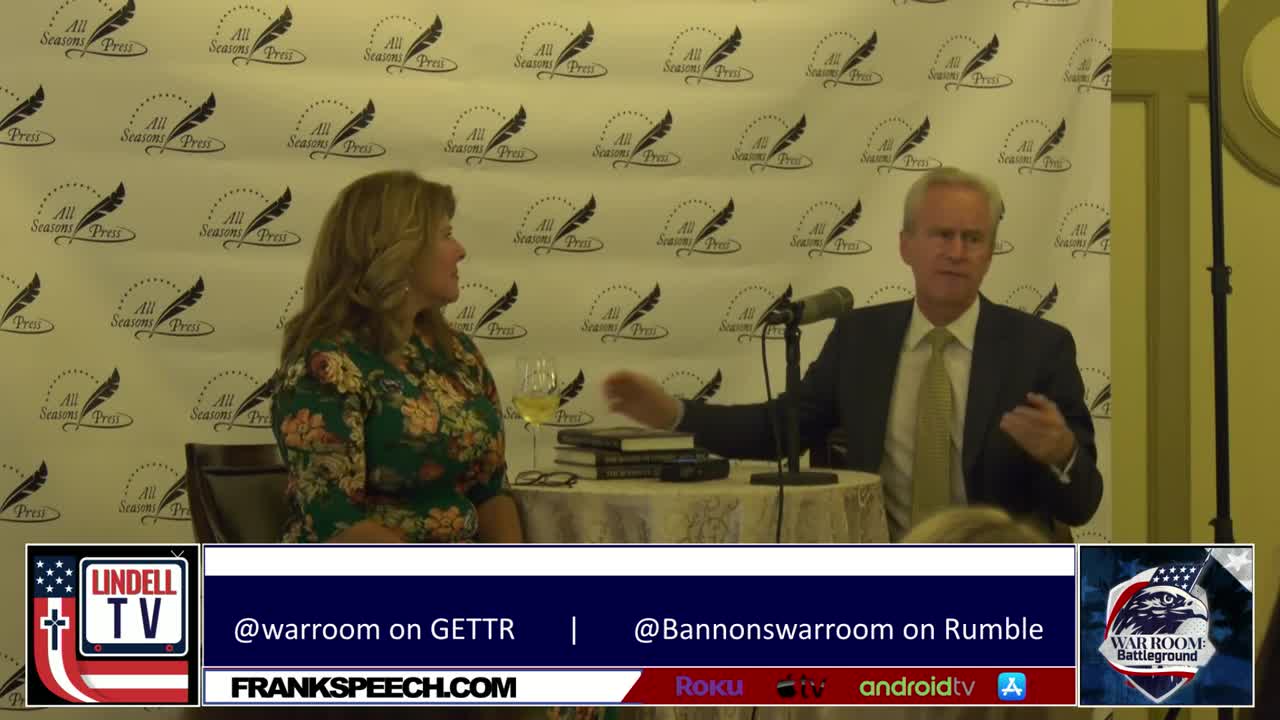 Why would someone pay $200,000 and risk a long prison sentence to avoid taking a perfectly safe vaccine that will keep him from dying from COVID? Answer: to avoid dying from the vaccine.